Those of you who know me know how obsessed I am with Star Wars and have been since I was 13. I can’t tell you what it felt like when news came out about George Lucas selling Lucasfilm to Disney and Disney upstarting Star Wars VII, VIII, and IX, how I received message upon message from people telling me this news while I was at work, and how my heart froze over when I read it for myself the moment I got home. I couldn’t believe it. For years, I would dream about those movies being made, but thought to myself it could 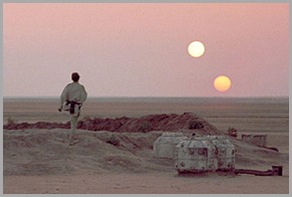 only happen if Lucas would let go of the series and allow other creative artists to take over. And like THAT would ever happen!

So when it actually did in 2012, I nearly choked. I REALLY couldn’t believe it. After I recovered from my own mental shock, I was giddy with excitement. I followed all the news about Disney searching for the right director, all the while I kept hoping it would be J.J. Abrams. He was my first choice; Joss Whedon was my second. When the new Star Trek film had been released in 2009, I said to my best friend Mat that if ever “in some alternate universe” Lucas would let go of the Star Wars series, J.J. should be the one to direct the last three films. So when I had heard that Abrams initially turned down directing 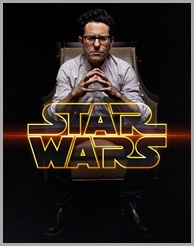 Episode VII, I cried out, “Why?!?!” Then, out of nowhere, I turned to God and prayed, “Please make him change his mind, PLEASE!” And so when Abrams actually DID change his decision, I thought wryly to myself, “I wonder if prayer works on my OWN career…”

But I didn’t pray for myself at the start. I’ve never been very good at prayer in general. Something about praying about one’s own career felt more like a waste of a prayer, as if God really did exist (which I believe he does), He would say to me, “So you wanna be one of the main characters in Star Wars, but you don’t wanna ask for world peace…typical human.” Instead, I began wishing upon matching numbers like 11:11 and random shooting stars, all of which when I think about it now feels like a waste of a wish. It’s not like 11:11 is gonna give a crap about whether or not I get into Star Wars. 11:11 cares more about getting to 11:12. And those shooting stars? Well, they burned off before they even got a chance to hear my wish.

As the months went by, my obsession grew stronger and it was all I could do to not lose hope. I know I’m a “no body” actress that came out to California late in her career, coming from a state I where used to say that “if there was a bright center in the world, Arizona would be the farthest from it.” But on the positive side, I grew up my whole life in theater and I am no stranger to the creative arts. When I moved out to California, I 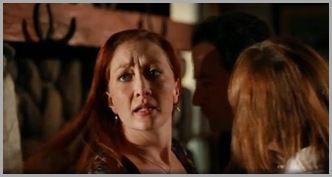 landed two leading roles in musicals within two years and also landed my first leading role in a television show called Blood Relatives on Discovery ID within the third year.

And I’ve only been out here for three years! This is why I’m severely discouraged about having the chance to audition for Star Wars. I just landed my very first tv spot this year, there’s NO WAY I would even be considered for an audition for a major feature film. It’s not like I don’t have an agent; I have two. But they can only do so much. I, myself, have submitted as many headshots, resumes and cover letters to production companies, casting directors, and directors knowing very well that my mail will most likely be thrown out or disregarded. I’ve attended casting director workshops solely for the networking purposes of getting myself out there. And I’m quite sure I annoyed my agents enough by bugging them to keep a look out for Star Wars audition breakdowns.

Yes, I’ve gone INSANE. There’s never been anything I’ve ever wanted this badly in my entire life. Except for being an astronaut, but the reality of not being able to pass the eye exam was discouragement enough for me to not even try. This time, however, I’m trying harder than I thought myself capable, sans looking like a complete psycho. Because really, when you think about, I have nothing to lose. Truly nothing to lose by driving the casting directors and production companies crazy with all my mail…And it’s all for ONE audition. One chance to prove that I’m right for the character, right for the epic story of a universe far, far away. And then if I’m STILL not what they’re looking for, that’s life. But at least I can I say “I tried.” Or “did” because…really…there is no try.

So I’ve gone back to praying to God about leading me in the right direction to have a chance to audition, hoping against all hope that it won’t be considered selfish or a waste of a prayer. Because at this point, I’ve done all I can. At this point, I need all the help I can get. 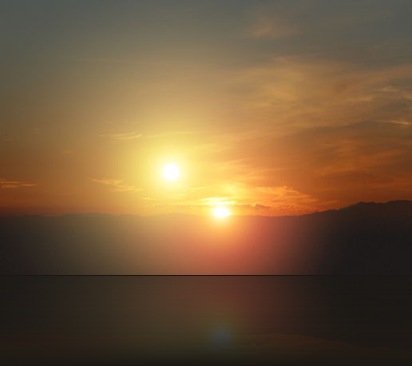 4 thoughts on “All for one audition…”

This site uses Akismet to reduce spam. Learn how your comment data is processed.